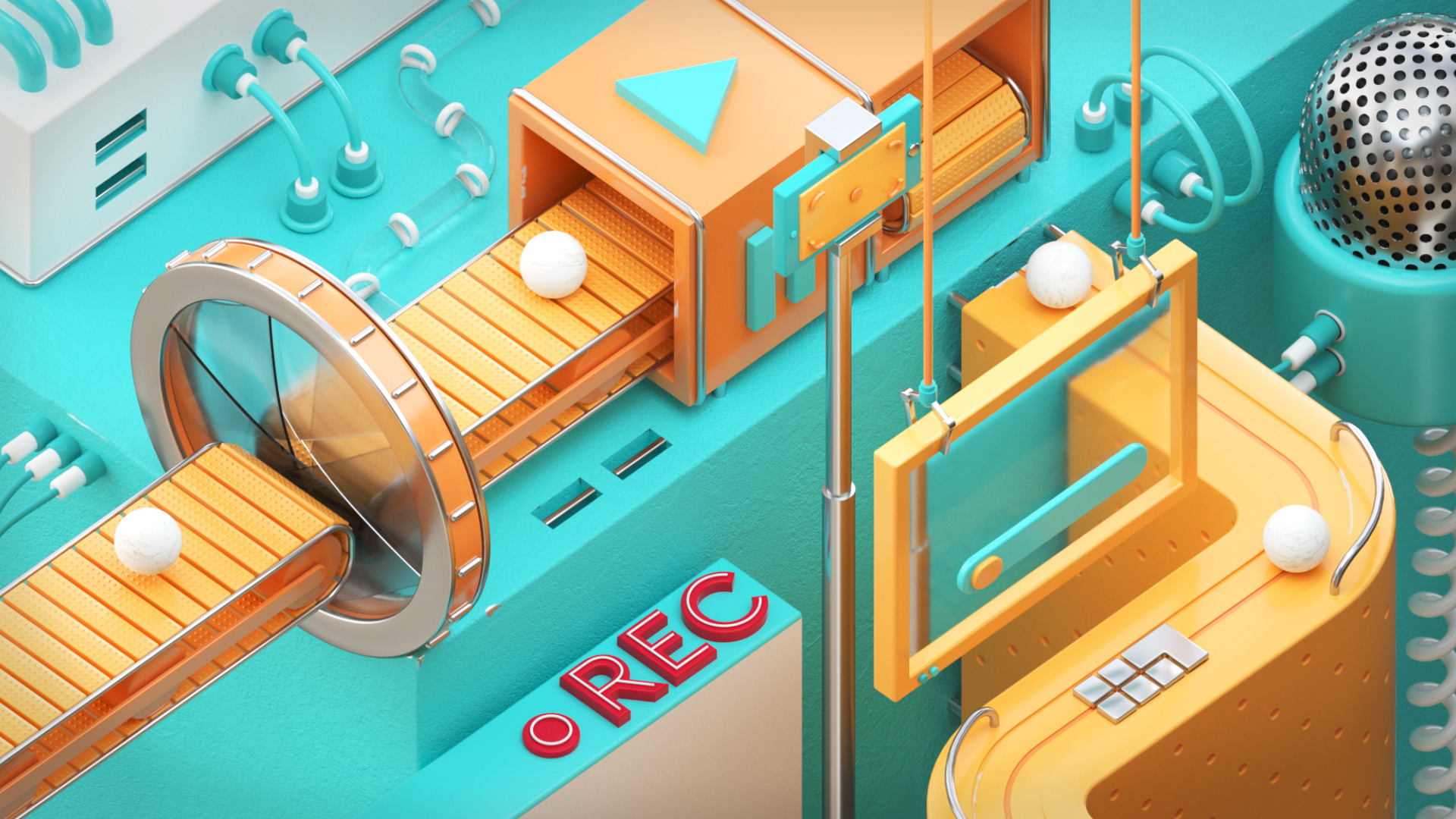 For the new nickelodeon show "De Viral Fabriek" we created a shiny social media machine, guiding us through the process of landing the next viral hit!

De Viral Fabriek is a show, where famous Youtubers educate kids on how to become the influencers of tomorrow. It is also a “factory” where YouTube clips are build and released to become viral sensations.
The logo and opener should take that idea and show it in a fun and relevant way.

Our approach is to show the process of the viral factory in a abstract and fun state of the art visual language. To land the next viral hit you have to go through three different process stages. First you need the idea most commonly a prank or special talent. The idea is represented by the marble balls guiding the viewer through the stages visualized by the three worlds (prank, recording and sharing) of the opener. Just before the reveal of the Showlogo the Idea triggers the thumbup votes of the social media community.

The Opener and Logo got international recognition as it was awarded with a silver Promax Statue in 2019.